Probably one of the most recognizable birds of the African plains, is the Secretary Bird.  It gets its name from the crest of long feathers (normally around 20 feathers) that look like the quill pens 19th century office workers used to tuck behind their ears.  Recently our guests enjoyed a very spectacular sighting of one of these birds hunting, killing and eating a snake.  This is probably the most renowned behavior these birds are known for.  One hears about them disposing of snakes and making a meal from one, but it is not often that you get to witness the process from beginning to end.  It is quite something to see, they stomp their feet and at the same time drag the foot backwards, they will also pick the snake up from the non-dangerous end, hit it on the ground & if the job is done, down the hatch it goes in just a couple of swallows.  They are mainly terrestrial birds and can plod through the grasslands up to 30kms a day (20 miles). 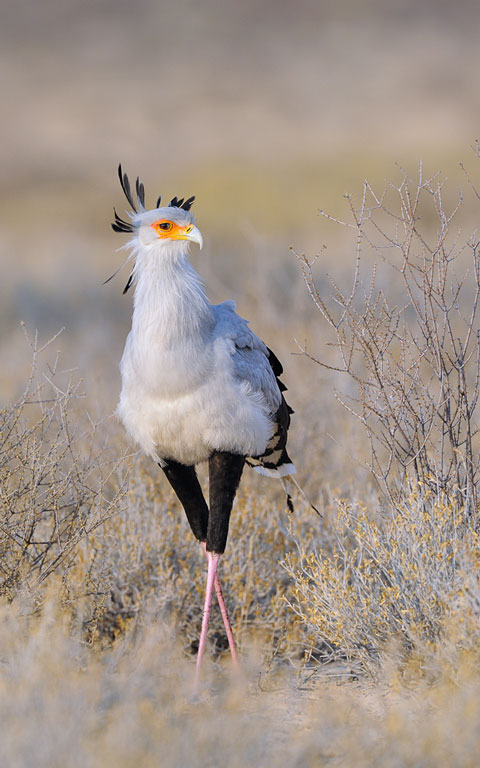