A lot of emphasis is always put on seeing the “Big 5” while on holiday in South Africa, but besides these animals,  there is a host of many other species that are just as special to see, if not even more so.  One being the Blue Duiker.   The smallest antelope in Southern Africa, measuring a mere 300mm at the shoulders, with the females weighing in at 4.7kg and the males even less, at 4kg.  Fawns are born at only 400g!   The coat is blue-grey and both genders carry short sharp horns.  They eat mainly leaves, flowers and fruit, but interestingly, they have been known to eat bird’s eggs & insects.  They are only found in the Eastern Cape and parts of West Africa, so what makes seeing these shy animals  so special to see?  They are classified as rare, so a sighting of one is always a highlight and one should be grateful to mark them off their list.  What’s better is that they are seen regularly on Fort D’Acre in the valleys.   However, as they are shy and preyed upon by eagles, especially patrolling Crowned Eagles, you need to be quick with your camera finger to capture them before they dart off again & disappear into the thickets.  Be sure to look out for them next time you’re visiting us. 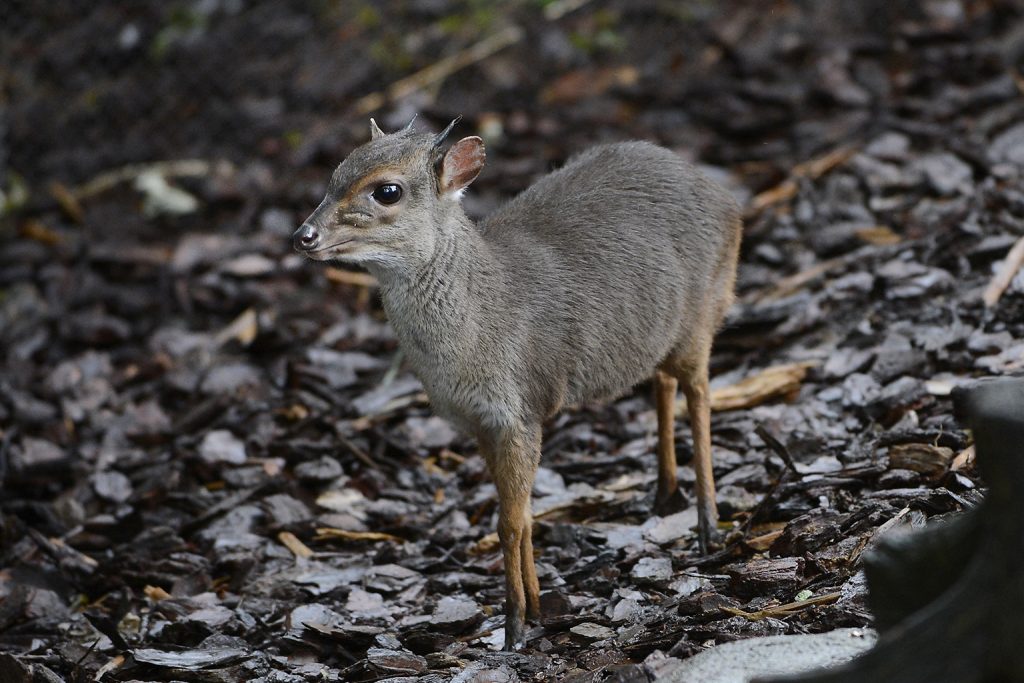